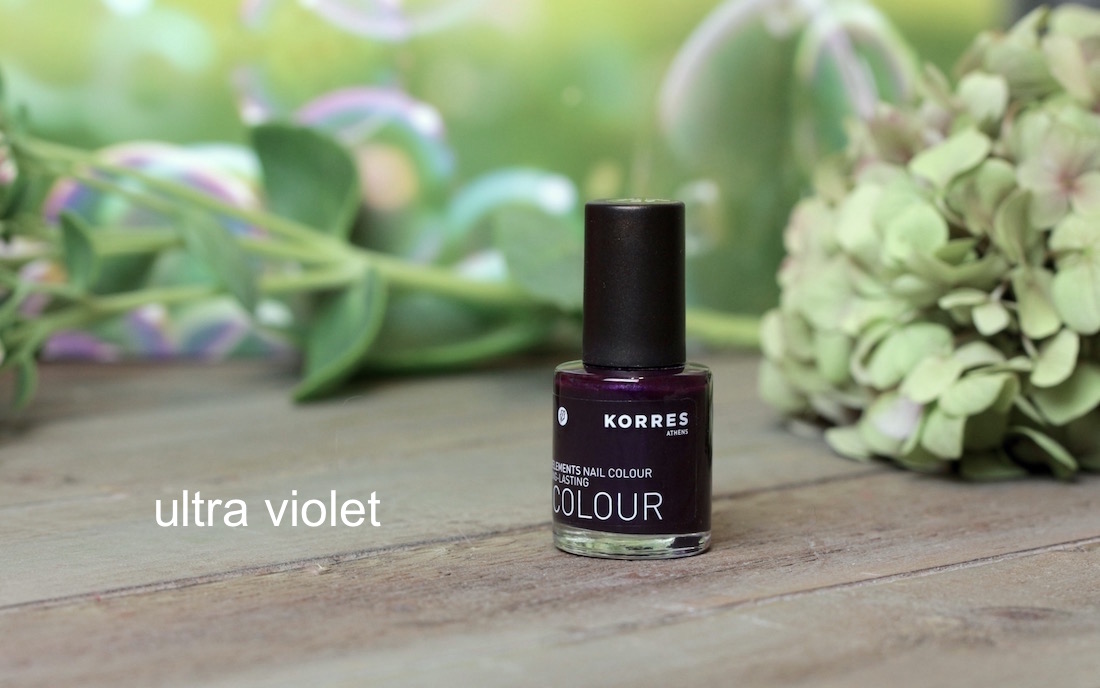 Do you know this feeling of frustration whenever you are wearing dark nail polishes? There you are, putting a lot of effort into applying them, because dark colours immediately reveal mistakes. Well, and then the polish starts to chip already on day two. That is not the case with this one by Korres. Yes, you have to put a little effort into applying the polish, it is, after all, a dark colour. But your reward is a very long lasting nail polish. It is just great. I did not remove it until the fifth day.

„Ultra violet“ is a beautiful purple with a very subtle shimmer. Depending on the light, it almost looks black. In direct sunlight, the purple gets more depth and an additional red hue. I like when colours have these different facettes.

The ingredients are similar to a lot of other „5-free“ polishes like, for example, the Benecos ones. Korres calls attention to myrrh extract, the full name of this nail polish is „Myrrh & Oligoelements Nail Colour“. I, personally, do not need myrrh extract in my polish, because I do not think that it has any particular effect. As for these oligoelements („oligo“ means „a few“), the name may have a nice sound, but it does not mean much to me.

I am used to a lot of odd labels when it comes to names in the cosmetic industry, though, so I don’t want to be nitpicking. It is the result that counts and the Korres nail polish delivers – it has a beautiful colour, it is opaque in two coats and it lasts a long time.  Beautycalypse also likes the Korres nail colour a lot, you can see more pictures of it on her blog.