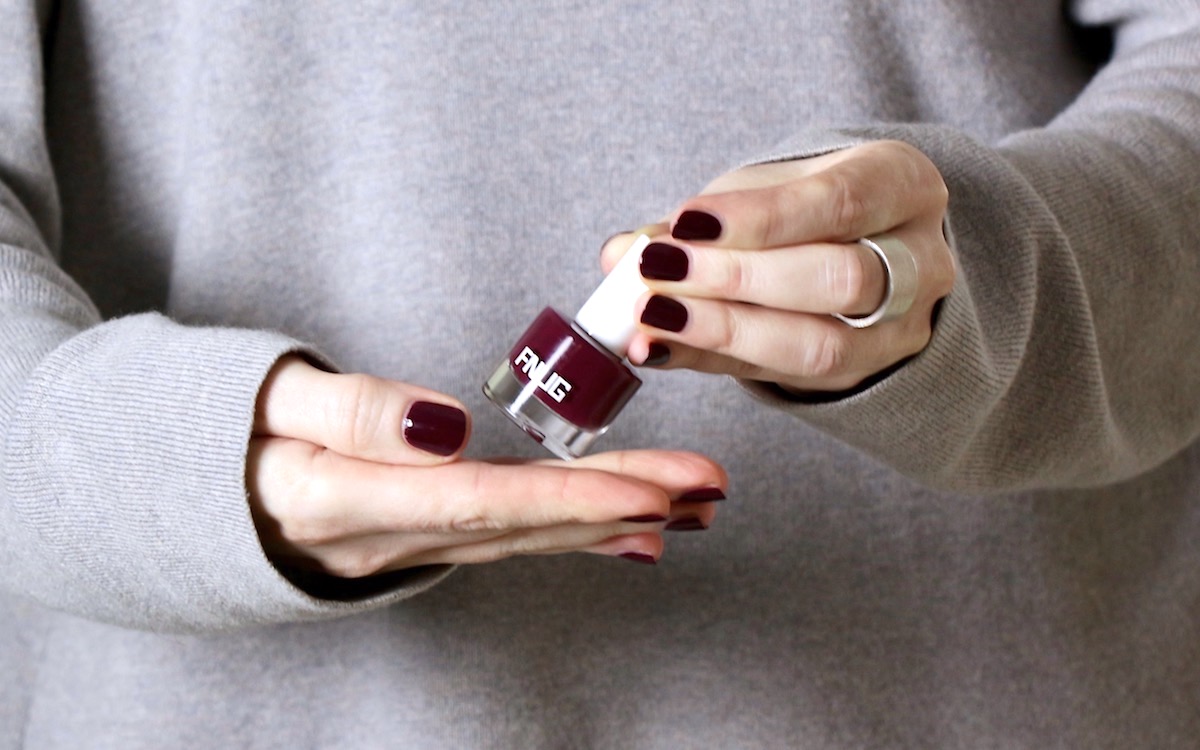 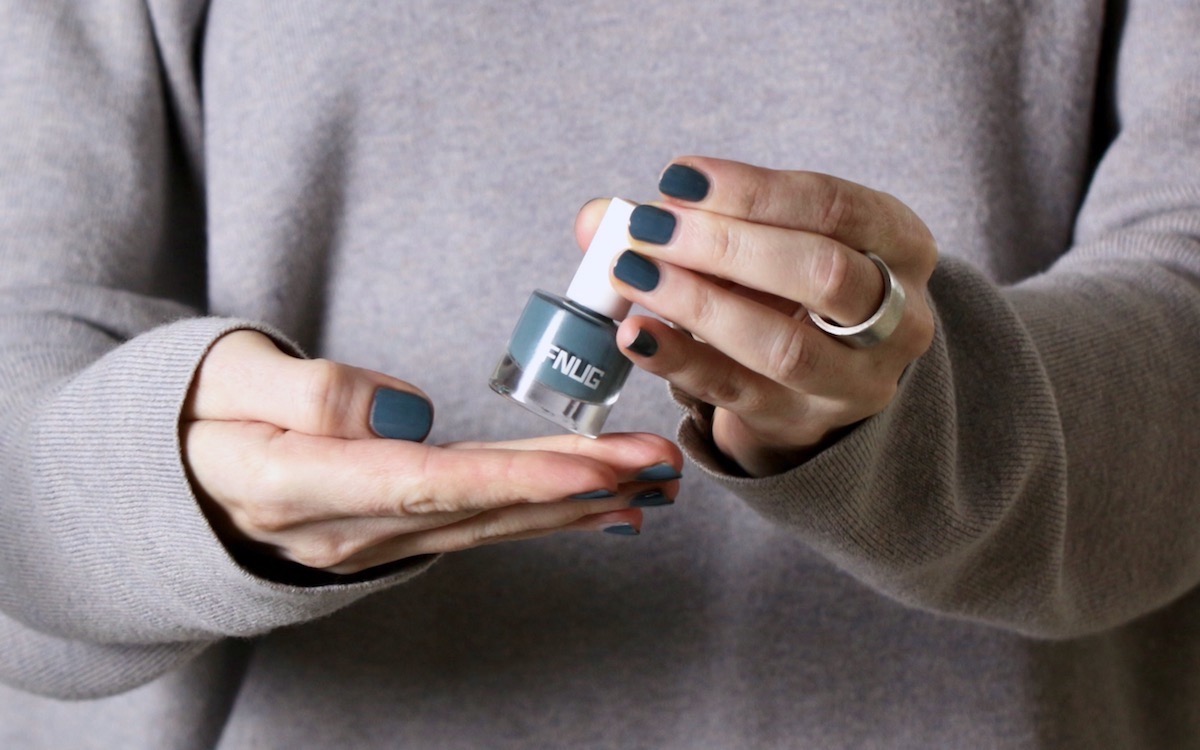 Danish is one of the languages I’d love to be able to speak. I haven’t had time to learn it, yet. Otherwise I would have known straightaway that “fnug” can mean “fluff” or “little flake”. A snowflake is a “snefnug”, for example. I looked that up, though. Until I find the time to learn Danish, I’ll just surround myself with Danish nail polishes.

In this case, they are the ones by Charlotte Fnug Munskgaard from Kopenhagen, who is the reason I looked up “fnug” in the dictionary. The brand, named after its creator, is only five years old, but the range has grown immensely. You won’t only find all the colours you could ever wish for, they also offer holographic polishes, semi-matte metal foils, glitter polishes and of course also top and base coats. Hence, my collection of 4 FNUG polishes is considerably small.

The slim brush is easy to handle. With three strokes I can apply a first, good coat of polish onto my nail. After the second coat, the colour is opaque, rich and glossy. All four polishes dry fast. I applied the dark red one, “after party”, three hours before I went to bed and wondered whether that was such a good idea. It worked really well, though, no bed sheet prints on the polish to be seen the next morning

The colourful FNUG polishes lasted very well for four days, then they had minimal tipwear. Nothing chipped. It was day six when I removed the polish. I even wore the semi transparent “ballerina” for eight days. I am very impressed by how fast the polishes dry and how long they last.

Granted, the ingredients are not exactly natural. The FNUG nail polishes are not big-7 free and not even big-4 free polishes. I wear nail polish about every two to three weeks, so I don’t find that bad. I like the benefits of having a fast dry time and a long wear time, even, if that can only be achieve using synthetic resins, plastics and alcohols. Something like this is always a personal decision – ingredients versus convenience.

In the UK, you can buy FNUG at mypure, lovelula or amazon for about GBP 11.

Is it important to you that a nail polish is big-7 free or do you value convenience of use more?

Sunday Brunch is a great color!