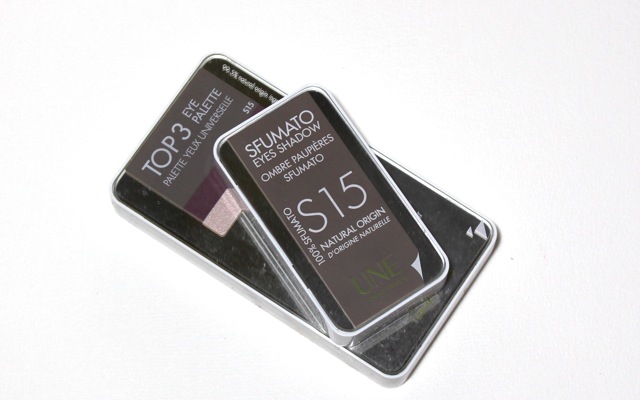 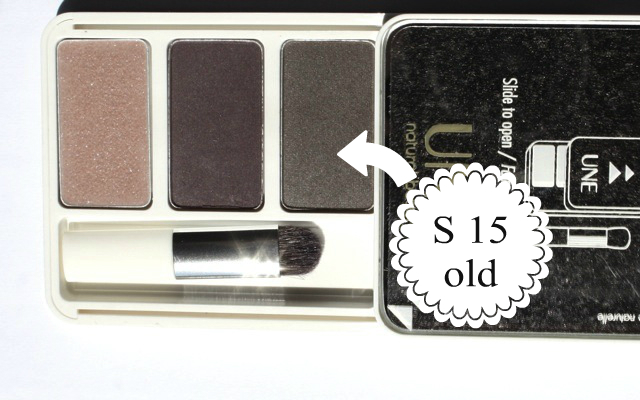 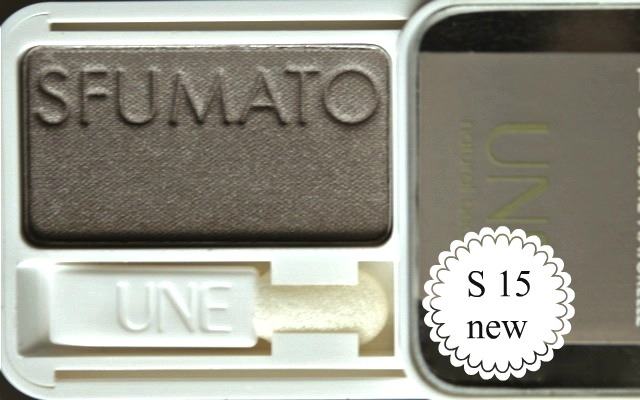 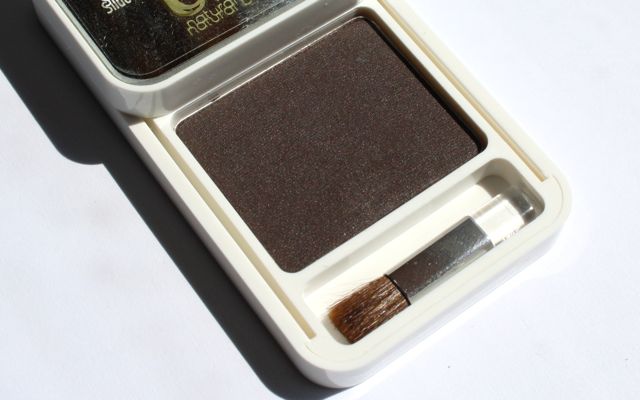 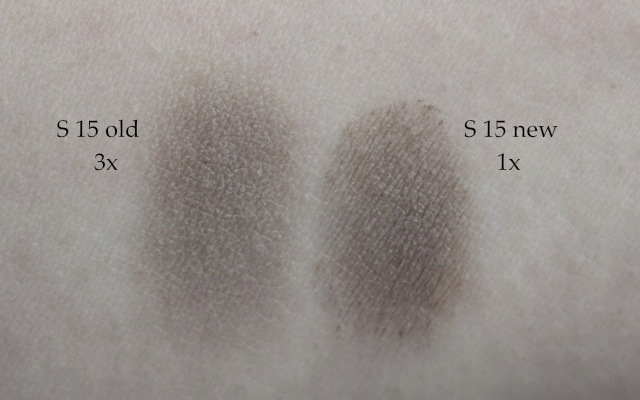 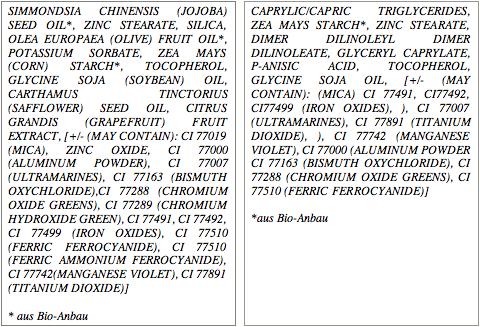 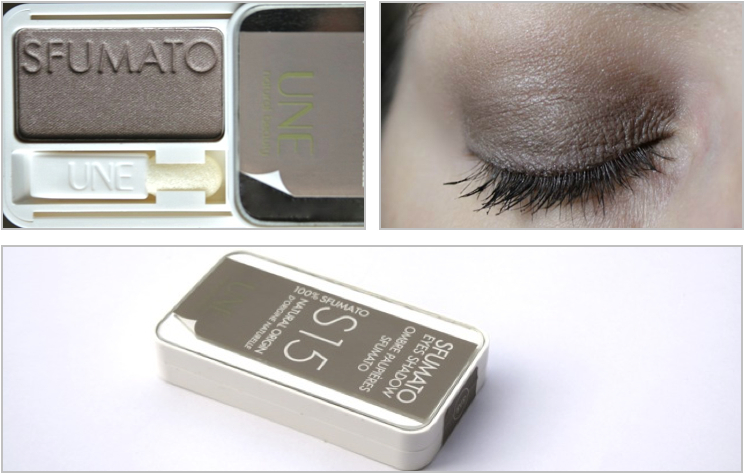 Only a beauty blogger would do this. Am I still normal? Here I am, buying the UNE natural beauty eyeshadow in S15 a second time. All for the sake of finding out the differences between the old and the new formula of the sfumato shadows. Here they are.

UNE is a French natural/organic cosmetics and skincare brand. You’ll find it in many department stores in France, Belgium and the Netherlands. You can also order it online at Lovelula or Naturisimo.

There are a couple of differences between the old and the new UNE eyeshadows. The formula, the design and unfortunately also the price have changed. The old monos used to contain 1.8g and cost around 11 Euros, the new ones contain 1g and cost around 15 Euros. A real pity, but other companies raise prices, too. The normal run of things, apparently, but a bummer none the less.

In terms of colour, the sfumato S15 did not change much. I cannot recreate the exact photo from two years ago, but I think you can see that we are still talking about a satin taupe with a hint of khaki.

The old monos and the old palettes used to contain brushes. The new monos contain an applicator. There is a slot to insert it into, so that you don’t lose it. Good thinking, UNE!

Here is one of the old UNE monos for a better comparison. This is the dark brown UNE Sfumato S11.

The tiny brush in the old packaging has always been pretty useless to me. The applicator in the new packaging is also not really my tool of choice, but at least it won’t fall out like the brushes used to. The eye shadows in the new monos still come in a slider with a mirror on top, which I’ve always found very cool looking.

Two years ago, the S15 as well as the S23 in the palette set themselves apart in a negative way, because they had poor colour payoff. Those two were my only UNE shadows with poor pigmentation, though. I also own S11 and S29, which both have very good colour payoff.

Now, things look different. The new sfumato S15 is pigmented very well. I used to need three layers, now I only need one. See for yourselves.

Well, doesn’t that look a lot better? I never used the old S15 much, because there really was no fun in having to apply layer after layer. Things are certainly different with the new S15. In the past few weeks, it was among my most used eye shadows.

I already mentioned that it’s not only the packaging of the sfumato eye shadows that has changed, the formulation is also different. They used to be based on jojoba oil, now the neutral oil caprylic/capric triglyceride is in the first position on the ingredient list.

In the previous version, a lot of plant oils were used, e.g. jojoba oil, olive oil, soybean oil and safflower oil. The new version contains more neutral oils and emollients. The powdery ingredients mostly remain the same, you’ll find cornstarch and zinc stearate on the list. Silica is not contained any more.

I found the old INCI list ok and the same goes for the new one. There is nothing better or worse about it. If this was a skincare product, I would miss the plant oils, but we are talking about an eye shadow here, so it’s not really a problem that they are not included any more.

I can’t quite say if the longevity or the ease of application is now better or worse, because the old UNE S15 has such a poor colour payoff. It is difficult to compare. I can, however, show you the new S15 on the lid. Here it is together with some mascara and a bit of brown kohl in between the lashes.

I find the UNE sfumato S15 very beautiful. The colour is very versatile and can be worn together with warm or cold eye shadows. I’m glad I bought it, because it made up for the disappointment in the old sfumato eye shadow, or rather the whole palette.

Do you have to be a crazy beauty blogger to buy an eye shadow in a colour you already own again? Is this still normal? 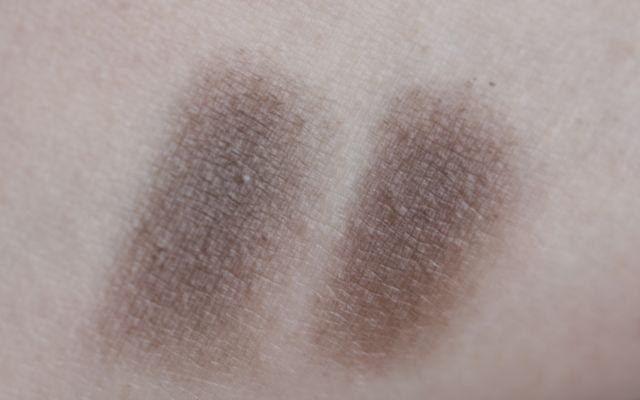